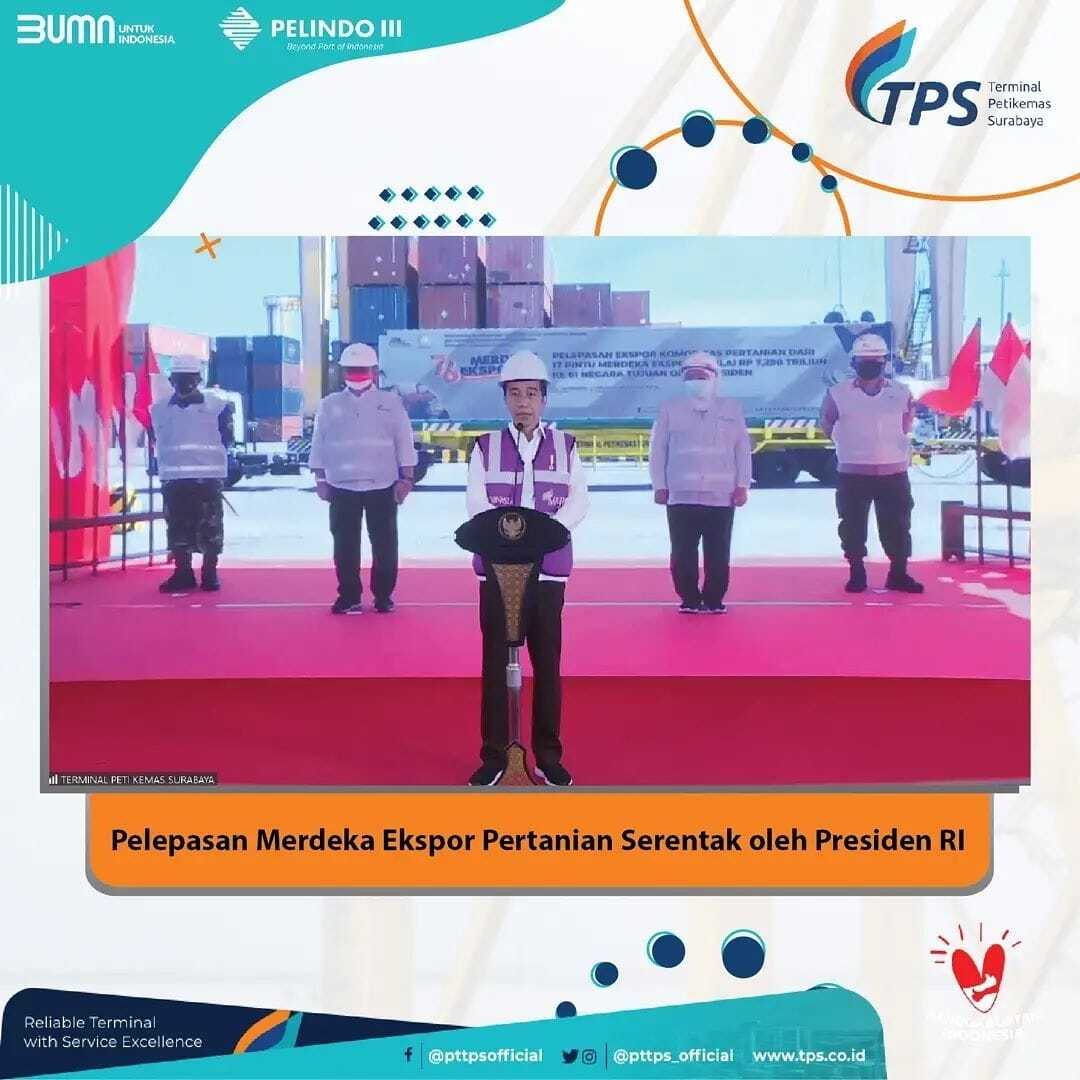 Today (14/8), the Independent Agricultural Export event which was centered at @pttps_official and led directly by the President of the Republic of Indonesia Mr.Joko Widodo virtually from the Bogor Palace has been carried out. The release of exports is carried out simultaneously through 17 gates, both through ports and airports in various provinces.

The event, which was attended by the State Cabinet Ministers, Governors, Regents, Mayors in 17 provinces as well as several Indonesian Ambassadors in countries that were export destinations for Indonesia's agricultural commodities, became a momentum for a new revival in the midst of a pandemic to make big leaps and raise red and white in more countries.

PT Terminak Petikemas Surabaya as one of the export gateways which plays key position in the supply chain is always ready to make the best contribution to improve export performance.