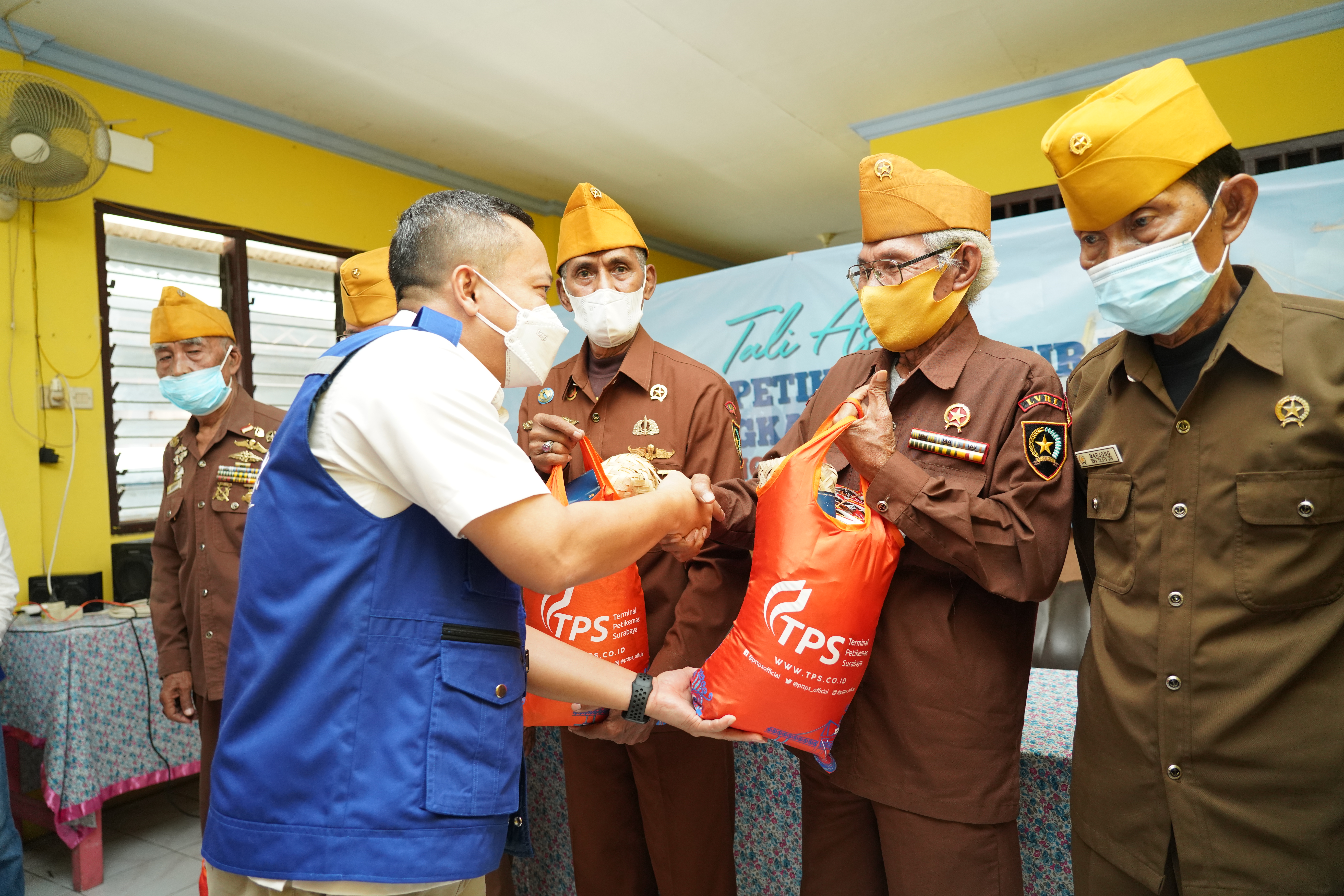 WITH VETERANS AND RETURN ON VETERANS AT THE DISABLED VETERAN'S COMPLEX

for the Indonesian people to continue to grow into a strong nation.

At the moment of Hero's Day commemoration, PT Terminal Petikemas Surabaya (TPS) would like to convey

an expression of gratitude and appreciation to the Heroes especially the veterans and retired officer who lives in the Disability Veterans complex, Pakal, Benowo, Surabaya.

In this complex, there are approximately 150 families who are the heirs of veterans as well as

retired, and one of them is Mrs. Kustinah who is the widow of the late. Lt. Salamoen.

led a guerrilla war during the second Dutch military aggression between 1948 and 1949. Pak Salamoen

who at that time was 22 years old with the rank of Sergeant, was shot by the Dutch during a clash in the area

Kediri. General Sudirman along with the other guards are safe and can continue

journey, while Pak Salamoen had to pretend to be dead when the Dutch troops arrived at the location. After the Dutch troops left the location, Mr. Salamon walked to try to catch up with General Sudirman's group, but due to a gunshot wound to the left hip, he was unable to continue his journey until the villagers were found and taken to Kediri.

Mrs. Kustinah is the only widow of a guerrilla hero who is currently still in the Pakal Complex,

by renovating his home.

Another social action is the distribution of basic necessities for retired officers and heirs, which is centralized

at the Balai ‘Tumbal Bangsa” RW 5, Pakal sub-district, which was symbolically conveyed by Budi Satriyo,

"I thank you on behalf of the residents, to the TPS who have paid attention to us,

as the head of RW 5 Kel Pakal Surabaya.

On this occasion, Budi said that the struggle of heroes is not only remembered and

commemorated on every November 10 only, but more than that, struggles and sacrifices

the heroes can be used as inspiration for the current generation, to build a strong Indonesia.

share and care. What we are doing now is nothing compared to what we have been

the fighters do it for the country and the nation," said Budi.